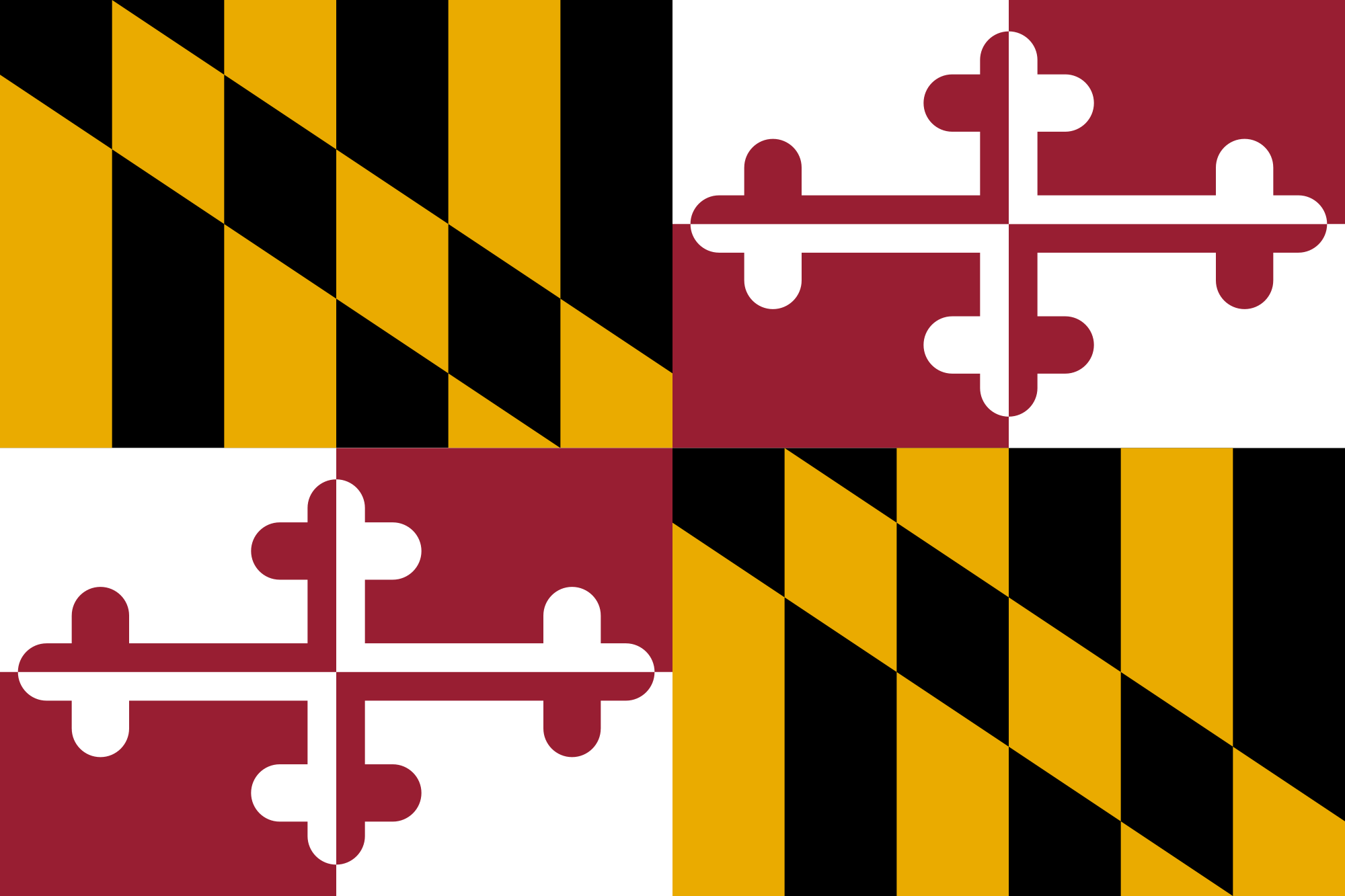 When a customer in Maryland wants to use the state flag in a ribbon design what do you do? Why you order some Maryland state flag accent ribbon and design something really cool for them!

The design of the Maryland flag champion rosette was an exciting challenge due to the intricate and unique color scheme of the flag itself. And, designing a “traditional” champion rosette ribbons with the blue/red/yellow for champion and red/yellow/white for reserve would have clashed with the accent ribbon colors. So we used “non-traditional” colors of red/white/black/yellow which are the colors of the Maryland Flag to enhance the very cool accent ribbon that was purchased from Route One Apparel. The result as you can see for yourself was pretty awesome!

History of the Maryland Flag Colors

Maryland’s flag bears the arms of the Calvert and Crossland families. Calvert was the family name of the Lords Baltimore who founded Maryland, and their colors of gold and black appear in the first and fourth quarters of the flag. Crossland was the family of the mother of George Calvert, first Lord Baltimore. The red and white Crossland colors, with a cross bottony, appear in the second and third quarters. Read more at http://msa.maryland.gov/msa/mdmanual/01glance/html/symbols/flag.html